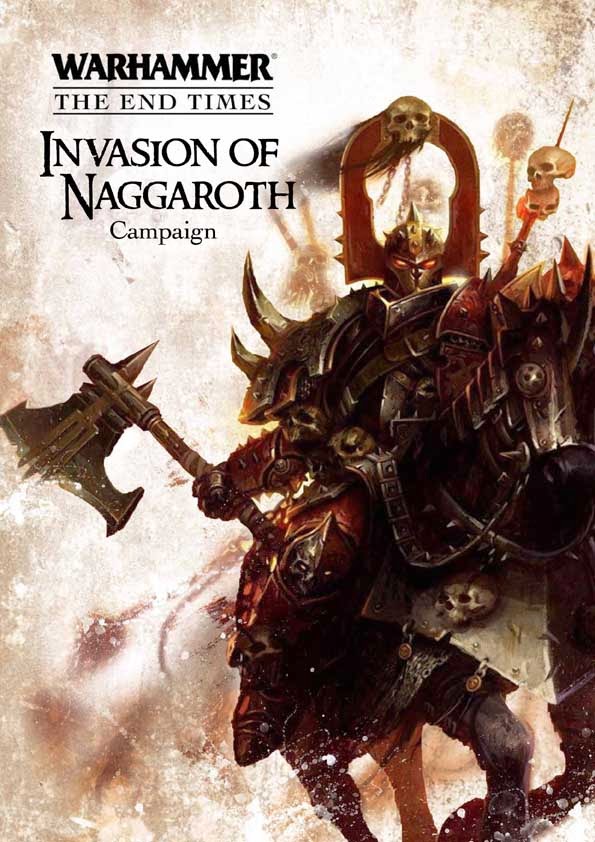 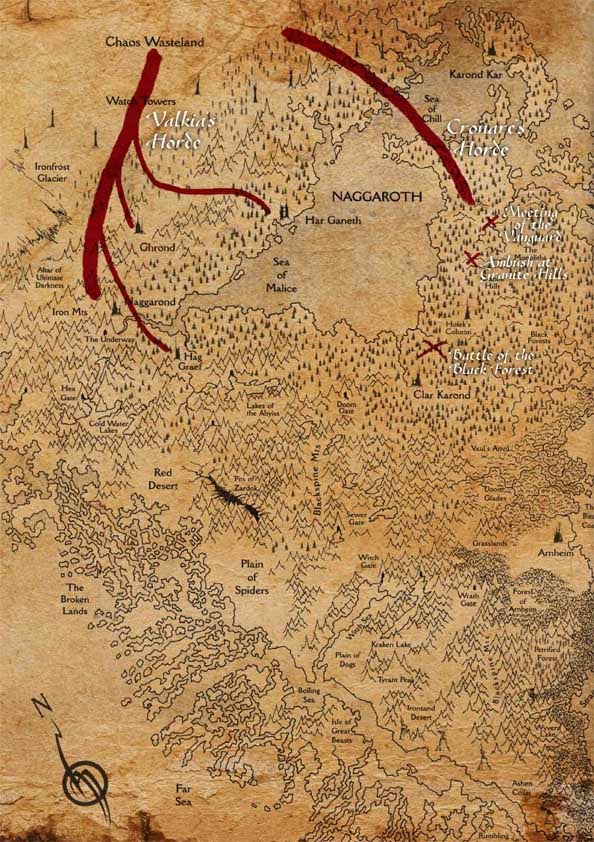 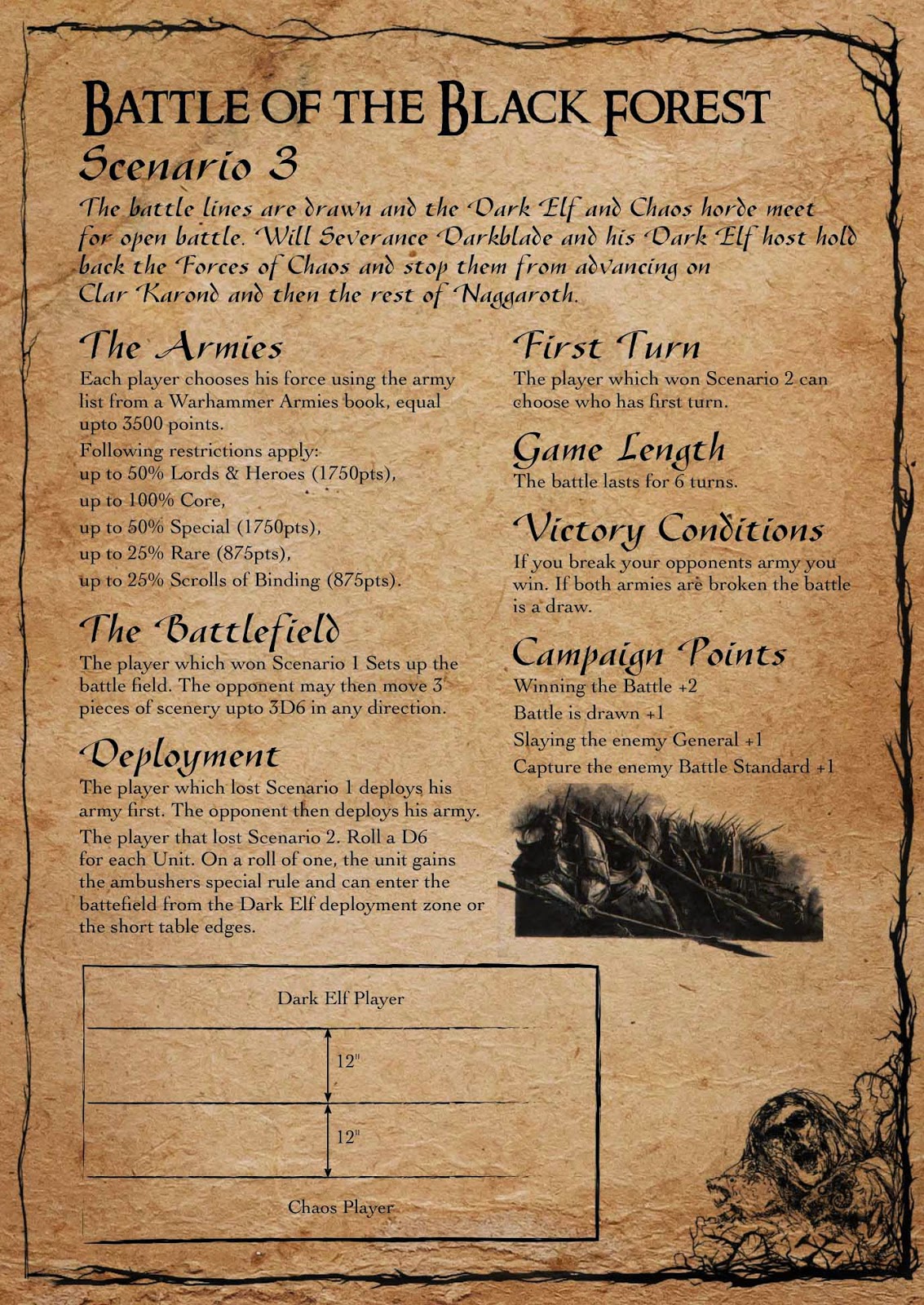 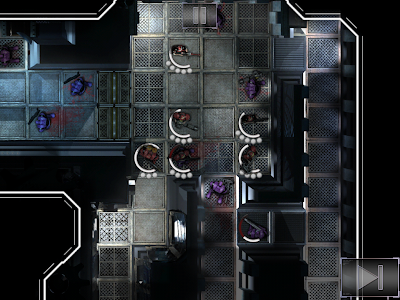 Posted by Andy Gooda No comments:

I'm back! It's been a long time since my last post (over a year). I stopped posting at the time because I felt adding to the blog was taking away from time I could spent on the hobby. I've change my thinking now. Having a blog is a great way of keeping a record of all the miniatures I've painted and adventures I get up to in miniature gaming.

So what have I been up to?
I stopped posting while I was working on a Tomb King army. Ended up not finishing it because I all of a sudden lost interest. Last year, I picked up Dwarves again and put together a small 1600pt army out of spare models for a tournament and since then I've been adding to it. I'm still slowly working on my Trollblood army for Hordes and I've just started a new Tau army for 40k.

The biggest change is that I've moved from UK to Australia (Adelaide), which has given me new challenges in the hobby (price is a big one!). I'm still getting in to the scene here, but it seems very active.
With moving I was limited on what I could bring with me. I chose my Dwarves and my Trollbloods, leaving the rest of my collection in the UK.

Anyway I'll go in to more detail in future posts, but I just wanted to start the ball rolling again with a quick post.

Thanks for reading,
Andy
Posted by Andy Gooda No comments:

Wow it's been ages since my last post and even longer since I posted about Warhammer. What have I been doing? Well I've started a new Warhammer army. Board with my Warriors of Chaos and sure they hate me, I've decided Dwarves would suit me best, but with two tournaments coming up in June, there was no way I could make, paint and do them justice in time!

Then Tomb Kings came about and thought they now looked interesting, different to the armies I'd normally collect and also quick to paint! My idea is to do a quick Tomb Kings army to tide me over till I can finish a Dwarf one.

The plan, with 6 weeks before my first tournament, was to spend three weeks building and next three weeks speed painting 2400 points worth! To cut a long story short it, I managed to build it but I had to give up on the painting, just too much!

I'm still trying to paint it quickly, but with a bit more relaxed timeframe!
I'm building this army differently to how I'd normal do it. Normally I'd build and paint one unit at a time, but this time I've built the whole army and I'm now currently base-coating all the models, the next stage will be to shade and highlight them all. 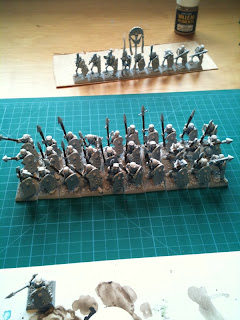 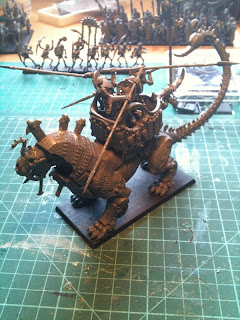 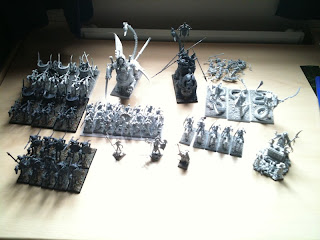 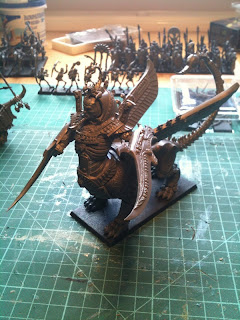 Posted by Andy Gooda No comments:

Hi All
Its been a long time coming, heres the first 15 points for my Hordes Trollblood army. I'm really trying to paint them to the best of my ability instead of rushing though them, so their taking awhile.
The Group Shot 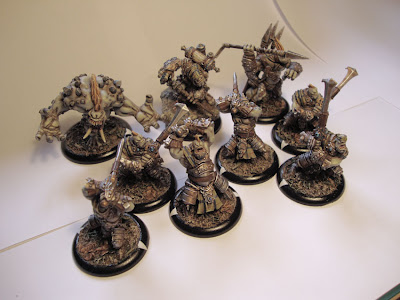 I chose Hoarluk Doomshaper, Rage of Dhunia as my first Warlock just because I like the model, although I thought he was a little small compared to the other Trolls so I stuck him a large stone. 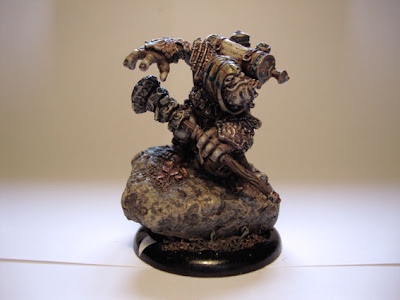 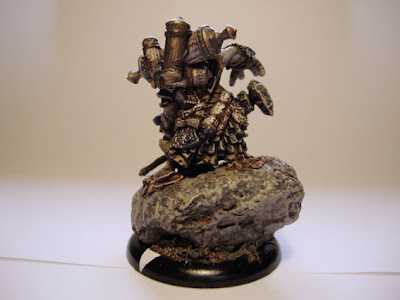 Next up is the Impaler Troll. 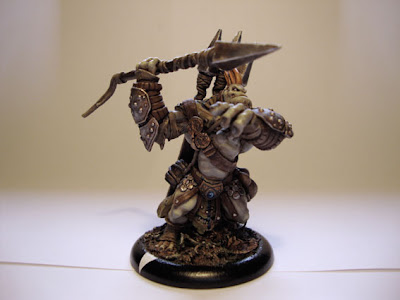 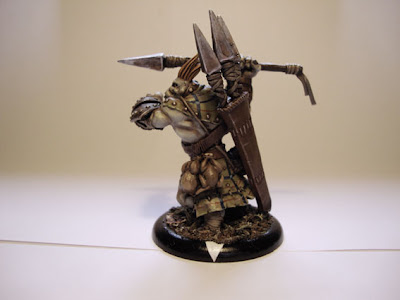 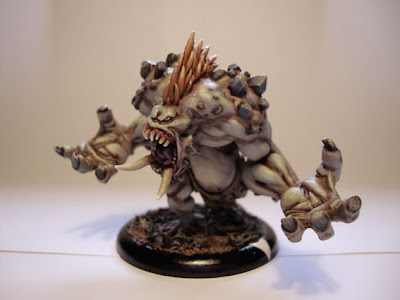 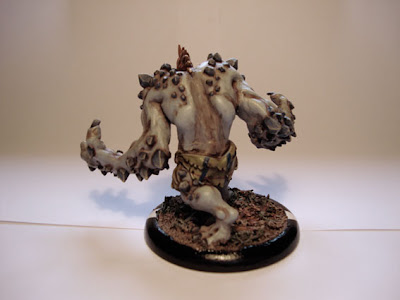 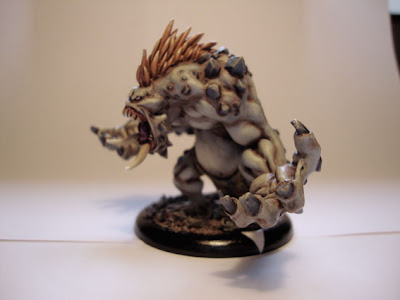 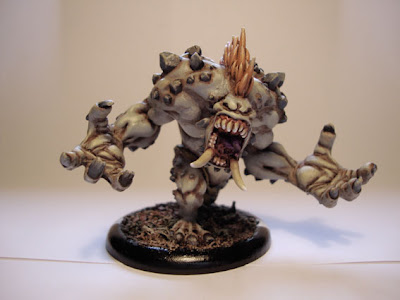 And last but not least, the Fennblades Unit 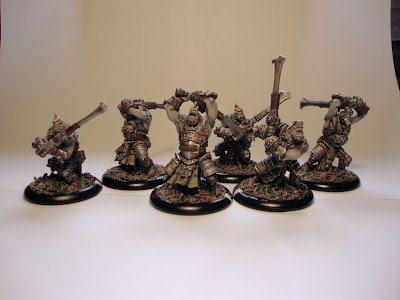 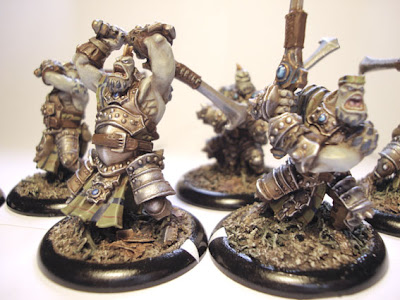 Thanks for reading,
Andy
Posted by Andy Gooda 7 comments:

Hi all
Blimy it's been over a month since my last post. Although I haven't finished painting the Trolls I have already, I have bought some more. 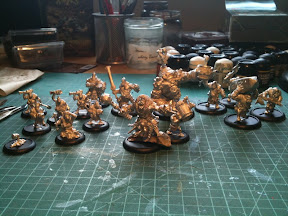 Normally I collect my armies in little sections, but I've started going to a gaming club in Hinkley (in Leicester) and their've got no problem with using unpainted models.

I've now got almost enough for a 50 point game. Here's the list of my Trollblood army as it stands:


I've also bought a second Warlock, Borka Kegslayer, thought it would be handy having to 2 casters.

I've still got 4 points to spend, which I'm going to use on a solo.

Also I was told about this great free app for my phone called 'ibodger'. Which is what I did the list above with. Granted would be better to have a Warhammer version as Warmachine and Hordes list are not the most difficult/time-consuming to write.

Hopefully next week I'll have some pictures of actual painted models, because I've almost painted 15 points worth.

Thanks for reading
Andy

Hi all,
Quick post today, I've finished the test model for my Trollblood army for Hordes and wanted to share.

I'm very happy with it, but I think there will be a few things I change on the next one I do.

Also this post is a bit of a test because I've posted from my phone, interested to see how it turns out.